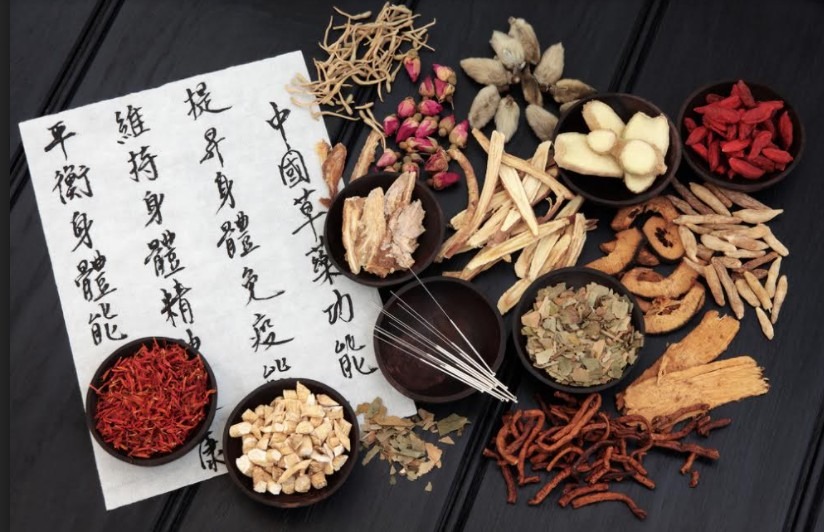 Traditional Chinese Medicine, as its name suggests, is a traditional way of diagnosing and treating the human body that has developed in China over centuries. The main tenant of Chinese medicine is qi, the vital energy that flows through the meridians of the body. Traditional Chinese Medicine practitioners employ a wide range of practices for curing various medical conditions. Herbal, acupuncture and dietary therapy are some of them.

In Chinese medicine, for treating various ailments and disorders, herbs have been used for at least two millennia. Among the oldest herbalist literature are manuscripts dating back to the first century BC. Since ancient times, Chinese doctors were combining variously dried and fresh herbs to create pills for their patients. Today, many of these herbal products have standardized formulations and are available as over-the-counter products.

Traditional Chinese acupuncture is probably the best known traditional medical practice around the world. It is most often used for pain relief, but also for many other disorders. It consists of inserting tin long needles in a particular point specific for each condition. By observing the condition of the patient, the acupuncturist establishes which imbalances are the cause of the condition and appropriate acupuncture points for the treatment.

Cupping is used to treat a wide variety of disorders, including anemia, skin conditions, aches, problems with digestion, lack of appetite, and many more. It aims to draw the toxins which are causing imbalances of the body and to improve blood circulation through organs. Cupping is done by using jars and similar vessels for creating a suction on top of the skin, at a location of important acupuncture points.

Tui na is a traditional Chinese massage technique that includes kneading, rolling, or pinching of tissues between joints. It is mainly used for various disorders of the musculoskeletal system. It is often described as similar to shiatsu, and the practitioner will pay special attention to various acupressure points located around the body when treating physical conditions.

A big part of Chinese traditional medicine is exercising. Qigong is a system of both exercises and body movements that incorporates breathing techniques and meditation as a way to achieve and maintain the balance of body and mind. It consists of slow, intentional movements combined with controlled deep breathing. Qigong is arguably the oldest branch of Chinese traditional medicine, tracing roots in more than 6000 years old tradition.